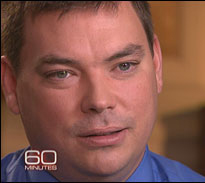 Curtis Hanson and Clark Gregg are directing and writing the true story of a man who pretended to be a cop in order to bust drug dealers in his Midwest town. This could be something unfamiliar to most of you guys, unless you come from Gerald, Missouri. Maybe you had a chance to hear who Bill Anthony Jakob is. If not, check the rest of our report to see why this upcoming Hollywood project could be something interesting to watch… So, this is the true story of a “36-year old bank security guard” who posed as a law enforcement officer and successfully cracked down on the meth dealers plaguing a town in Missouri. Back in 2008, Bill Anthony Jakob was federally indicted on 23 counts, for offenses ranging from Mail Fraud to Impersonating an Officer of the DEA. He also sold his story to some Hollywood producers, and it wasn’t long before everybody saw that this is actually brilliant idea – a guy does wrong to do right by the community. The rest of the story goes something like this: “Jakob convinced officials of Gerald, not only that was a lawman, but that he had the authority to make the arrests he was making by providence of The Patriot Act and The Department of Homeland Security. Of course, once a reporter’s basic internet search uncovered the truth, the arrests he made on the very real meth dealers plaguing the town became immediately suspect, and 17 lawsuits from others claiming to have been unlawfully harassed or raided were linked to Jakob and local law enforcement.” Does this sound like modern Robin Hood kind of story, or what? Well, let’s not exaggerate, especially since we had a chance to hear that the original intent was to turn the story into a comedy, but since it wasn’t funny for those involved, they decided otherwise. But we really have no doubt that with Curtis Hanson (best known from titles like 8 mile and L.A. Confidential) and Clark Gregg (Choke) involved, this is going to be something exciting to see on a big screen. At least, it’s something that we don’t have opportunity to see every day! Anyway, we do expect to find out the rest of information about this one. For example, we can only imagine who will be perfect for this kind of role at this moment, which is a shame, right? But, don’t you worry, with every new information, we’ll be right back! [youtube]http://www.youtube.com/watch?v=bdL5Jyn3mdA[/youtube]
Continue Reading
Advertisement
You may also like...
Related Topics:Clark Gregg, Curtis Hanson