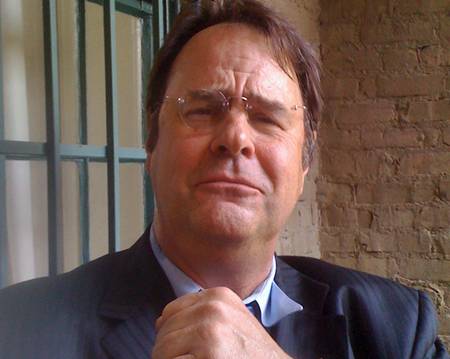 Last month Aussie thesp Josh Lawson has been cast in Warner Bros’ Dog Fight, the Jay Roach-directed comedy that stars Will Ferrell and Zach Galifianakis, and now comes word that Canadian comedian and actor Dan Aykroyd is going to brush up on his Southern accent. Funnyman Aykroyd is the third Saturday Night Live member along Ferrell and Jason Sudeikis to join the cast of the film about two rival South Carolina politicians (Ferrell and Galifianakis) running for a congressional seat in a small district election. Other cast members in the film will also include John Lithgow, Dylan McDermott, Brian Cox, Gary Grubbs and P.J. Byrne. The political comedy Dog Fight is due for release next August. Jay Roach, best known for directing the Austin Powers films and Meet the Parents, fortunately did not return to direct Little Fockers, the third installment in the Meet the Parents series. Aykroyd is on the other hand no stranger to Southern-mimicking, playing as Jessica Tandy’s son in Driving Miss Daisy and President Jimmy Carter in Funny or Die’s Presidential Reunion skit that received mixed to negative reviews. For those of you who didn’t catch Presidential Reunion, which Aykroyd and Will Ferrell also both appeared in, watch it below: [youtube]http://www.youtube.com/watch?v=JlBKGvv5IBc[/youtube]