According to THR, Danny Huston (X-Men Origins: Wolverine, 30 Days of Night, The Aviator) has joined the cast of “Clash of the Titans,” Warner Bros.’ big-budget remake of the 1981 film of the same name. Huston will play the Greek God Poseidon, the God of the sea.

Synopsis:In “Clash of the Titans,” the ultimate struggle for power pits men against kings and kings against gods. But the war between the gods themselves could destroy the world. Born of a god but raised as a man, Perseus (Sam Worthington) is helpless to save his family from Hades (Ralph Fiennes), vengeful god of the underworld. With nothing left to lose, Perseus volunteers to lead a dangerous mission to defeat Hades before he can seize power from Zeus (Liam Neeson) and unleash hell on earth. Leading a daring band of warriors, Perseus sets off on a perilous journey deep into forbidden worlds. Battling unholy demons and fearsome beasts, he will only survive if he can accept his power as a god, defy his fate and create his own destiny.

“The Incredible Hulk” director Louis Leterrier is helming the new film, which started shooting a few days ago in London. 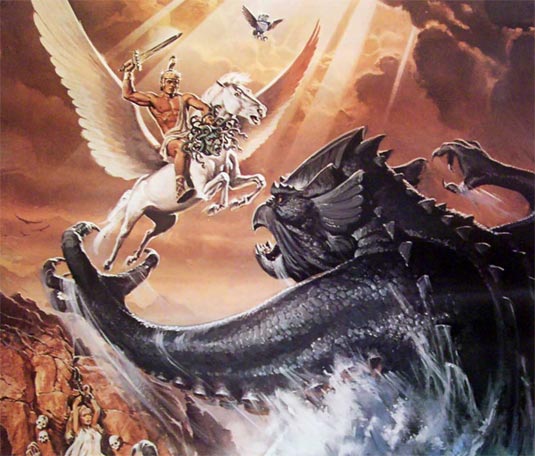