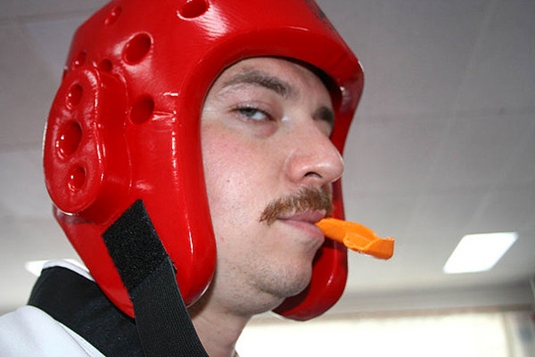 Danny Mcbride is either a love it or hate it type of actor, one of those rare actors/writers that does dark comedy well. On the other side, Klovn is a Danish TV show turned feature that follows the misadventures of two characters named Casper and Frank. So, McBride has no intention to go soft with his next project as actor-producer-writer, as he is set to write and star in the adaptation of the Danish TV series-turned-film Klovn (Clown) — the logline is ‘two men and a 13-year old boy embark on an R-rated vacation.’ The original film Klovn: The Movie was directed by Mikkel Norgaard and involved the two buddies going on a canoeing trip with a girlfriend’s 11-year-old kid without discarding their initial plan to have as much drunken sex as possible. Todd Phillips (The Hangover), who directed McBride in a small role 2010s Due Date is now attached to co-produce. Drafthouse Films plans to release the original Klovn in the U.S. on July 27th, 2012. On Sunday, McBride’s HBO series Eastbound & Down will have its series finale. It’s good to know that McBride has a new movie lined up. Check out the trailer for the original Klovn: The Movie and you can see why it’s been compared to The Hangover. [youtube]http://www.youtube.com/watch?v=SuJA17Ci3BY[/youtube]
Continue Reading
Advertisement
You may also like...
Related Topics:Danny McBride, Todd Phillips