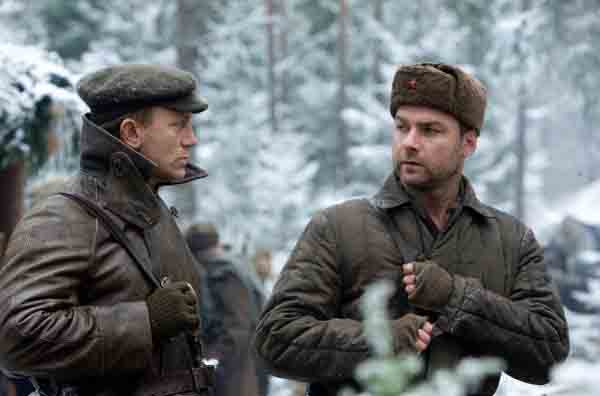 Take a look at the new images from the upcoming film “Defiance” by director Edward Zwick.

Unlike the film he is known most for, “Defiance” will not have the glitz and glamour of 007.

“Defiance” is based on a true story, three Jewish brothers (Daniel Craig as Tuvia Bielski, Jamie Bell and Liev Schreiber) escape Nazi-occupied Poland and head into the forest to join Russian resistance fighters and try to save the lives of other Jews.