The earlier reports suggesting that upcoming “Punisher: War Zone” inclined towards the PG-13 rating may not be true after all and director Lexi Alexander has not been kicked off the film. It was just a temporary internet-wide scare. After seeing Comic Con violent trailer, I’m not sure how anyone could’ve expected them to cut it down to PG-13 anyway, but I guess that’s how rumors on the internet go. Providing the denial is Steve Gainer, the film’s cinematographer, who posted a clarifying information in the Raw Studios forum board. Parts of his message read,

“The film is not (nor could it ever be) PG-13. Today I saw a cut that ran 91 minutes…The film is most certainly not all exploding heads, but will reveal a great deal of Franks personna and pain.” 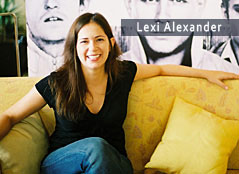 “This film has been difficult from the beginning, from a bitter Canadian winter, to endless nights, to rampant sickness, Lexi has fought to make a killer Punisher film for fans and non fans alike.Initially we were to release in September, but for whatever reason (not the quality of the film or edit IMHO) it was decided to release in December. That extra time has given everyone a chance to put their two cents worth in, but rest assured, Lexi is still stearing the boat, and she is a great captain.”

Steve Gainer also cleared up the circulating speculation of Lexi Alexander being dumped by the studio.

“Lexi is not off the film. Lexi is still involved in the edit process…Lexi did in fact get married.”