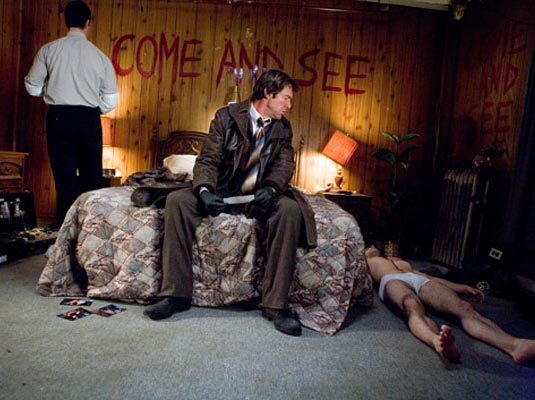 We have added the new trailer and international poster for the Dennis Quaid starring horror thriller, “The Horsemen“.

Aidan Breslin (Quaid) is a bitter detective emotionally distanced from his two young sons following the untimely death of his devoted wife. While investigating a series of murders of rare violence, he discovers a terrifying link between himself and the suspects in a chain of murders that seem to be based on the Biblical prophecies concerning the Four Horsemen of the Apocalypse: War, Famine, Pestilence, and Death. 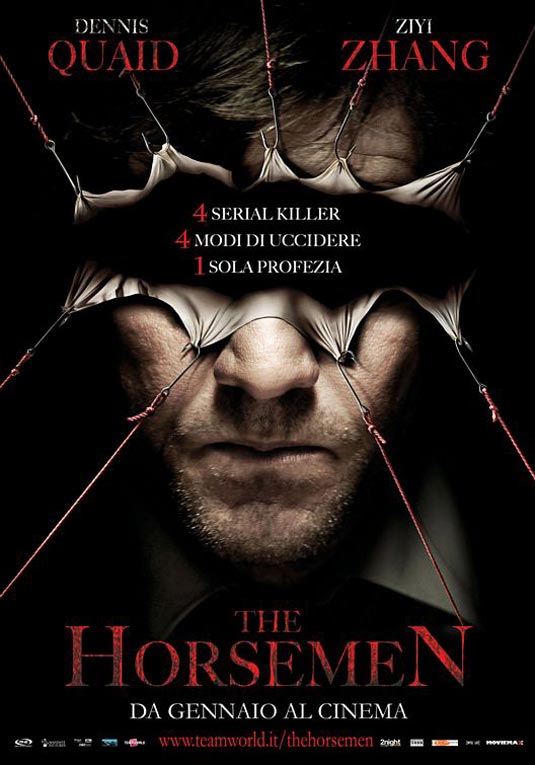 Focus Features will debut “The Horsemen” limited in theaters on March 13th, 2009.