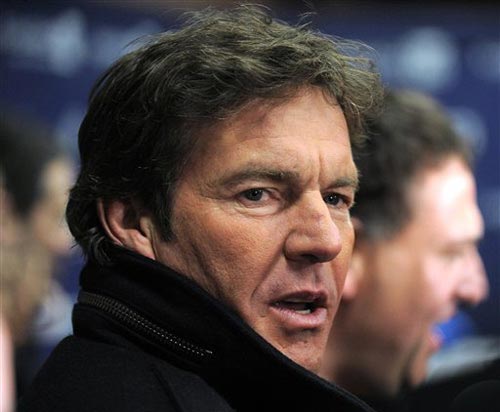 Another indie thriller is on the way! This time we’re here to talk about Martin Guigui‘s Beneath the Darkness, and to report that Dennis Quaid has signed on to star in the movie that already includes Aimee Teegarden, Tony Oller and Stephen Lunsford. Beneath the Darkness is set in Texas, where it’s currently shooting, and focuses on Tony Oller’s character, Travis, a teenager who tries to dig up the dirt on the house inhabited by Quaid’s character, a well-respected man in the community, following the death of Travis’ best friend. So, as you see, Quaid is back, and this time as a “mysterious mortician” and we hope you like that idea… While we’re still here let us remind you that Quaid recently completed filming Soul Surfer and Paramount’s remake of the 1984 musical drama Footloose. And, after filming Beneath the Darkness, he will star in an adaptation of Gary Paulsen’s novel titled The Tent. Let’s also mention that Guigui (best known from the 2006 National Lampoon film Cattle Call) will direct Beneath the Darkness from a script by novice screenwriter Bruce Wilkinson, and, like we said, production has already begun in Austin.
Continue Reading
Advertisement
You may also like...
Related Topics:Dennis Quaid