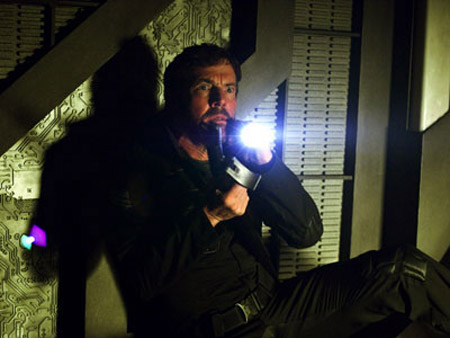 Courtesy of Entertainment Weekly, we’ve got the first two photos from the upcoming sci-fi thriller “Pandorum,” dark and claustrophobic tale, directed by German filmmaker Christian Alvart, which stars Dennis Quaid and Ben Foster. The film takes place 500 years in the future when the human race is trying to migrate from an Earth dying of climate change to a new planet. 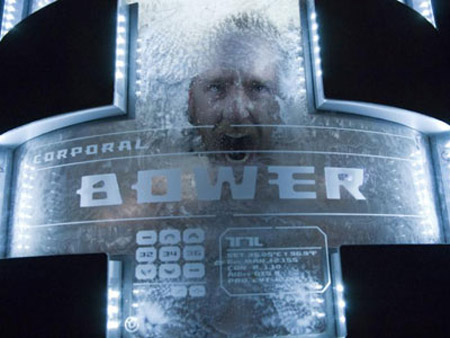 “There’s nobody around, we can’t get anybody on the radio. We can’t even recall what our mission is,” said Quaid. Two crewmen awaken from hyper-sleep aboard a spacecraft. None of their equipment is working, and their memories are incomplete. What was their mission? How much time has passed? Where are they? Who are they? As they try to piece things together, they discover they are not alone, and the ship’s new inhabitants – tribal warriors carrying crudely made weapons – are moving among them, intent on killing all aboard. As the space travelers unravel the frightening and deadly secrets the ship harbors, they realize the survival of mankind hinges on their actions. They must regain control of the ship before Pandorum takes over.
Continue Reading
Advertisement
You may also like...
Related Topics:Ben Foster, Dennis Quaid, Pandorum