Last time we talked about Baltasar Kormakur‘s adaptation of 2 Guns, we added a new name to the cast list. But today, we’re here to share two cool images of Denzel Washington, who, together with Mark Wahlberg stars as the lead in the whole thing. I guess that with this great team behind the project, we’re more than ready for a pulp story about cops and thieves and the men that are something in between… So, we have Washington looking good in white. He stars as Trench, a DEA agent, who has targeted a local bank to rob, and asked a naval officer Steadman (Wahlberg) in on the job. But neither realizes the other is undercover and neither one knows that they’re not robbing the mob, they’ve been set up to steal $50 million from the CIA! As we previously reported, the rest of the cast includes James Marsden who will play Wahlberg’s boss, Bill Paxton who will play a high ranking CIA operative, Edward James Olmos as the villain and Paula Patton as a DEA agent who also happens to be Washington’s potential love interest. Stay tuned for more! 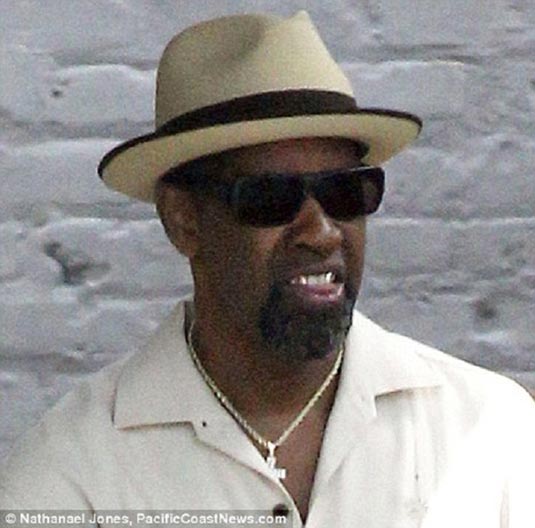