High-stakes thriller? We’re in, as long as Harrison Ford, Gary Oldman and Liam Hemsworth are all involved! That’s exactly the thing with Robert Luketic‘s upcoming movie Paranoia – I’m not sure if I actually care about the plot, I’m simply interested in the whole thing ’cause all those guys are on board! Today, we have (a sort of) first look at Ford, Oldman and Hemsworth, so make sure you check them out! Written by Barry Levy and Jason Dean Hall, Luketic’s Paranoia centers on Hemsworth’s character named Adam Cassidy who’s an ambitious junior technologist trying to climb the ranks of telecom giant Wyatt Corporation. But after one costly mistake, he is blackmailed by ruthless CEO Nicholas Wyatt to turn corporate spy by going to work for the firm’s top competitor, which is run by Wyatt’s old mentor, Jock Goddard. Adam soon finds himself delivered into prepackaged success, living his fantasy life of old-world boardrooms, private clubs, exotic cars, and all the spoils of Manhattan bachelorhood. However, behind the scenes, he is merely a pawn in Wyatt’s power play, and must search for a way out from under his boss, who will stop at nothing, even murder, to gain a multi-billion dollar advantage. Oldman plays that ruthless Nicholas Wyatt, Ford stars as Jock Goddard, while the rest of the cast includes Lucas Till, Amber Heard, Embeth Davidtz, Julian McMahon, Richard Dreyfuss and Josh Holloway. Relativity Media will release the movie on October 4th, 2013. So, what do you think? 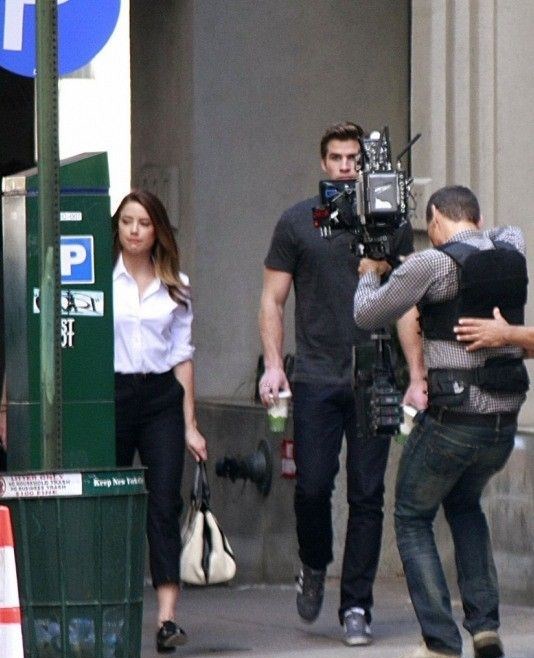 New Images Of Leonardo DiCaprio From THE WOLF OF WALL STREET!
New Brad Pitt in KILLING THEM SOFTLY Images
Advertisement