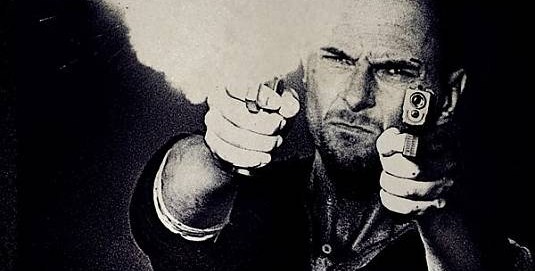 In case you’re not so familiar with this title, let us right here at the beginning inform you that Dead Drop is an upcoming action movie which comes from director R. Ellis Frazier and stars Luke Goss in the leading role. Guess that should be enough for action-fans, but still – we’re here to share more cool stuff from the whole thing! So, here’s the first trailer and poster for the movie that will teach us that sometimes, our best friends can be our worst enemies… Written by Ben Budd and directed by R. Ellis Frazier, the movie centers on Goss’ character – a CIA operative named Michael, who is shot by his best friend, pushed out of a plane, but miraculously survives the dead-drop from 5,000 feet. Waking up to his living nightmare, Michael re-inserts himself into the dangerous Mexican smuggling ring where he was operating deep under cover to flush out his would be assassin who is also holding his girlfriend hostage. Beside Luke Goss, Dead Drop also stars Cole Hauser, Nestor Carbonell and Jill Remez. Unfortunately, the movie is still without an official release date, but as usual – we’ll keep an eye on it, so make sure you stay tuned for more updates!