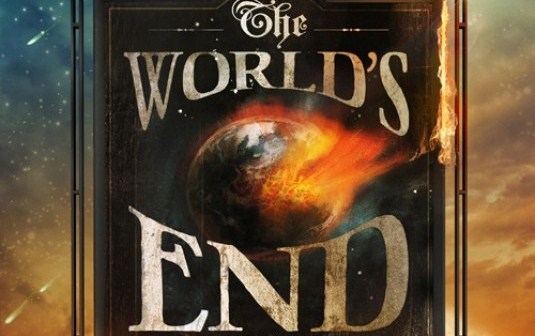 Good food. Fine ales. Total Annihilation. There you go, probably the best description of the first teaser poster for Edgar Wright’s upcoming movie titled The World’s End. The movie is already set to open next fall, but we still have nothing spectacular to share with you. Except this (not so impressive) poster, of course. The only thing we know about the project is that some great, great cast is involved in the whole thing! More about that, and a better look at the poster in the rest of this report. So, first of all, let us start with that cast-part. As you already see on this picture, The World’s End reunites Wright with his stars Simon Pegg and Nick Frost, which means that this project will actually complete The Blood and Ice Cream Trilogy (add The World’s End to Shaun of the Dead and Hot Fuzz, please)! This time, we’ll have a chance to watch the story which is set 20 years after attempting an epic pub crawl. Once again we have five childhood friends who reunite when one of them becomes hellbent on trying the drinking marathon again. They are convinced to stage an encore by mate Gary King, a 40-year-old man trapped at the cigarette end of his teens, who drags his reluctant pals to their hometown and once again attempts to reach the fabled pub – The World’s End. As they attempt to reconcile the past and present, they realize the real struggle is for the future, not just theirs but humankind’s. Reaching The World’s End is the least of their worries. The movie also stars Rosamund Pike, Martin Freeman, Paddy Considine and Eddie Marsan, and is already set to open on August 23rd, 2013.