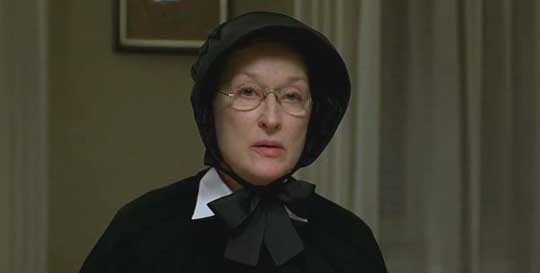 Based on the Pulitzer Prize-winning play of the same name, “Doubt” was written, adapted for the screen and directed by John Patrick Shanley. Set at a Catholic school in the Bronx, it centers on a nun who grows suspicious when a priest begins taking too much interest in the life of a young black student. Is she being overly protective or not protective enough? And can she work within the system to discover the truth? “Doubt” starring Meryl Streep, Philip Seymour Hoffman and Amy Adams will hit the theaters on December 12, 2008.
Continue Reading
Advertisement
You may also like...
Related Topics:Amy Adams, Doubt, Meryl Streep, Philip Seymour Hoffman