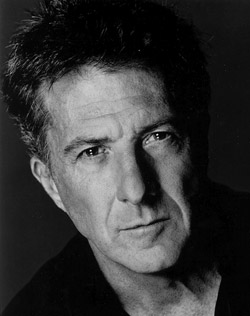 Dustin Hoffman has signed on to star in Barney’s Version. He will star opposite Paul Giamatti in the indie drama. Check out the trailer for the movie below. The film is based on Mordecai Richler‘s final novel. Richard J. Lewis will direct from the adaptation by Michael Konyves. Two of Richler’s novels have been adapted into features – “The Apprenticeship of Duddy Kravitz” and “Joshua Then and Now.” Hoffman will play a retired cop and father of the story’s title character, who has led a reckless life highlighted by three marriages, two children and status as a “person of interest” in the mysterious disappearance of his friend. Take a wild ride through the life and memories of Barney Panofsky,a hard-drinking, cigar smoking, foulmouthed, 65-year old hockey fanatic and television producer. We accompany the irascible Barney as he reflects on his lifes successes and (numerous) gaffes and failures as the final chapters of his own existence come sharply into focus. The movie also stars Rosamund Pike and Minnie Driver.
Continue Reading
Advertisement
You may also like...
Related Topics:Dustin Hoffman, Minnie Driver, Paul Giamatti, Rosamund Pike