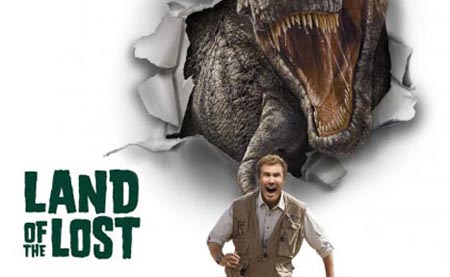 The second poster for the summer sci-fi adventure / comedy “Land of the Lost” starring Will Ferrell, Danny McBride, Anna Friel, and Jorma Taccone has hit the web. Take a look below. “Land of the Lost” is directed by Brad Silberling from the script by Chris Henchy and Dennis McNicholasand and rated PG-13 for crude and sexual content, and for language including a drug reference. Ferrell stars as the has-been scientist Dr. Rick Marshall. Friel stars as his crack-smart research assistant and McBride plays a redneck survivalist who is sucked alongside the two scientists into an adventure through a space-time vortex. With no weapons, few skills and questionable smarts to survive in an alternate universe full of marauding dinosaurs and fantastic creatures from beyond our world, they rely on an unlikely ally and navigate through a place of spectacular sights and super-scaled comedy known as the Land of the Lost. The movie is scheduled to hit theaters on June 5th, 2009. 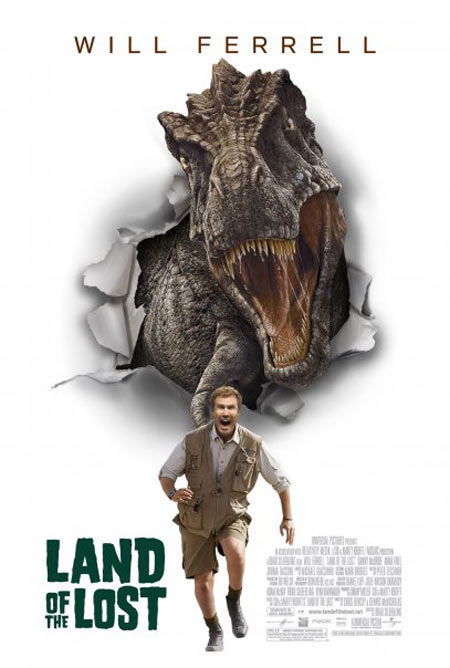 Continue Reading
Advertisement
You may also like...
Related Topics:Anna Friel, Danny McBride, Land of the Lost, Will Ferrell