Last month we shared that great photo where Julianne Moore looks exactly like Sarah Palin. That was an awesome transformation, you must admit.

But, just in case you thought that’s the only one in the upcoming HBO movie Game Change – you were wrong! Today, we’re here to impress you once again, by giving you the first look at Ed Harris as John McCain. Anyone shocked? Oh, well…

Ok then, chechk it out while we repeat all important details about Game Change. The whole thing is directed by Jay Roach, and based on Mark Halperin and John Heilemann‘s 2010 bestseller of the same name, that goes like this:

“In 2008 , the presidential election became blockbuster entertainment. Everyone was watching as the race for the White House unfolded like something from the realm of fiction. The meteoric rise and historic triumph of Barack Obama. The shocking fall of the House of Clinton – and the improbable resurrection of Hillary as Obama’s partner and America’s face to the world. The mercurial performance of John McCain and the mesmerizing emergence of Sarah Palin.

But despite the wall-to-wall media coverage of this spellbinding drama, remarkably little of the real story behind the headlines had been told – until now. In Game Change, John Heilemann and Mark Halperin pull back the curtains on the Obama, Clinton, McCain, and Palin campaigns. Based on hundreds of interviews with the people who lived thestory, Game Change is a reportorial tour de force that reads like a fast-paced novel.”

Jay Roach directs from a script by Danny Strong, while Playtone’s Tom Hanks and Gary Goetzman will serve as executive producers on the project.

Feel free to share your thoughts on this project, and stay tuned! 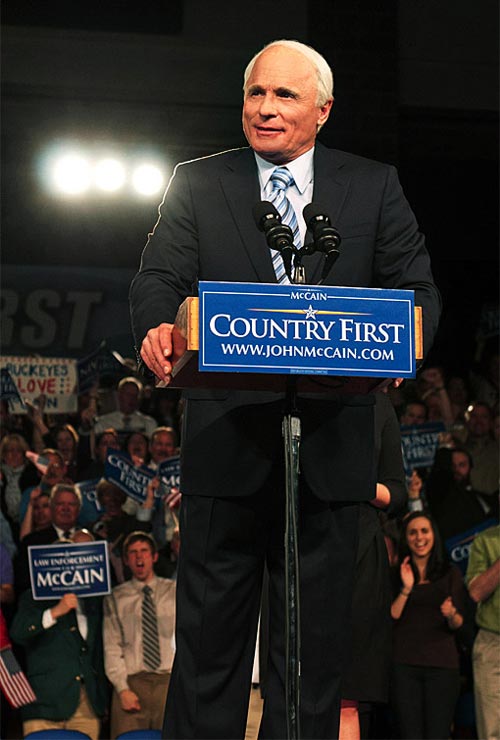