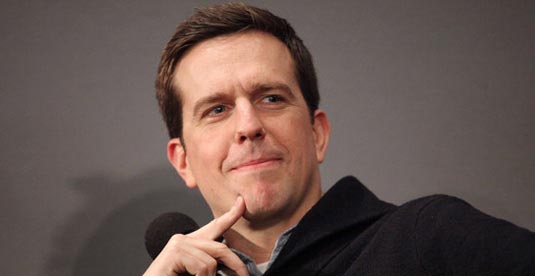 Do we really need this reboot? Apparently we do, so what the hell! They already promise us a completely new version of Vacation, and now we even have Ed Helms in some serious negotiations to star in the whole thing. New Line’s movie will be directed by Horrible Bosses scribes John Francis Daley and Jonathan Goldstein, and they’re also responsible for the new script. So, if negotiations work out, Helms will come on board to play Rusty Griswold (originally played by Anthony Michael Hall), the kid from the original films, who is now all grown up and embarking on a vacation with his own family. As you probably remember, the 1983 movie was directed by Harold Ramis and the movie had two more installments – European Vacation and Christmas Vacation. Anyway, the production on the new version of Vacation should start the next spring, right after Helms finishes production on The Hangover 3 and his involvement in The Office. David Dobkin will produce through his David Dobkin Productions banner. Any thoughts about this? Let us know, and stay tuned for more!
Continue Reading
Advertisement
You may also like...
Related Topics:Ed Helms, John Francis Daley, Jonathan Goldstein, Vacation