Connect with us
So, we already know that The Incredible Hulk star, Edward Norton, is no longer attached to the upcoming Marvel Studios’ project The Avengers. 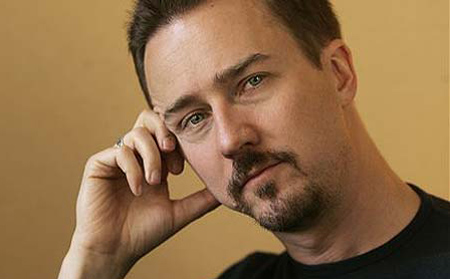 In the last couple of days we had a chance to hear a lot of rumors about the whole thing, indeed. But today, we’re here to share Norton’s statement, posted this Monday on his Facebook page. “As most of you know, I don’t like to talk much about the business of making movies because it means a lot to me to protect the audience’s fullest enjoyment of the ‘magic’ that films can have. But I am so appreciative of the outpouring of support from fans of the Hulk and the Avengers that I feel it would be rude not to respond. So here goes: It seems it won’t work out for me to continue playing Bruce Banner for Marvel in ‘The Avengers.’ I sincerely hoped it could happen and be great for everyone, but it hasn’t turned out as we all hoped. I know this is disappointing to many people and that makes me sad. But I am very sincerely grateful to Marvel for extending the offer and even more so for giving me the chance to be a [part] of the Hulk’s long and excellent history. And I really can’t thank the fans enough for how much enthusiasm you’ve sent my way about what Louis Leterrier and I tried to do in our turn with the legend. It means a lot to me. I grew up with Banner and Hulk and have been a fan of every incarnation. I’m really proud, and very blessed, to have been one of them and will be thrilled to see him live on through other actors. Hulk is bigger than all of us, that’s why we love him, right?” While we’re still here, let us remind you what Marvel Studios’ President of Production Kevin Feige previously said about Norton’s replacement: “We have made the decision to not bring Ed Norton back to portray the title role of Bruce Banner in The Avengers. Our decision is definitely not one based on monetary factors, but instead rooted in the need for an actor who embodies the creativity and collaborative spirit of our other talented cast members. The Avengers demands players who thrive working as part of an ensemble, as evidenced by Robert, Chris H, Chris E, Sam, Scarlett, and all of our talented casts. We are looking to announce a name actor who fulfills these requirements, and is passionate about the iconic role in the coming weeks.” As you see, looks that guys from Marvel don’t actually consider Norton to be “a team player”, but we must agree that it was quite pleasant response from a former Hulk. After all, “Hulk is bigger than all of us, right?”
Continue Reading
Advertisement
You may also like...
Related Topics:Edward Norton, The Avengers, The Incredible Hulk