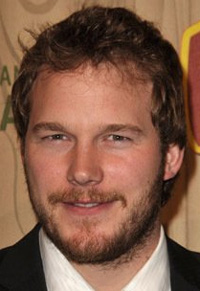 NBC’s Parks and Recreation star Chris Pratt is set to star in the upcoming Bennett Miller‘s movie Moneyball. The movie is an adaptation of Michael Lewis’ 2003 book with the same title, although we should add “The Art of Winning an Unfair Game” part, since that’s, perhaps, the best explanation of this game-winning-strategy story. The movie will follow: “Oakland A’s general manager Billy Beane’s successful attempt to put together a baseball club on a budget, by employing computer-generated analysis to draft his players.” Pratt “will play Scott Hatteberg, whose career as a catcher for the Boston Red Sox ended after he ruptured a nerve in his elbow and could no longer throw a ball post-surgery. He was recruited by the Oakland A’s the following year to play first base, and he helped lead the team to the playoffs in 2002 and 2003 with strong batting as a designated hitter.” While we’re still, let us mention that Pratt has appeared in the feature films Wanted, Bride Wars and Jennifer’s Body, and, for all his fans out there little reminding – he will next appear in What’s Your Number? and Young Americans (Kids in America) as well, so make sure you check him! Moneyball is directed by Bennett Miller from a script by Aaron Sorkin and Steven Zaillian. Movie already stars Brad Pitt as Billy Beane, Jonah Hill as Paul De Podesta, Stephen Bishop as David Justice, Philip Seymour Hoffman as A’s manager Art Howe, Robin Wright as Beane’s ex-wife and Kathryn Morris. The film is currently slated for a 2011 release.
Continue Reading
Advertisement
You may also like...
Related Topics:Aaron Sorkin, Brad Pitt, Chris Pratt, Jonah Hill, Kathryn Morris, Moneyball, Philip Seymour Hoffman, Robin Wright, Stephen Bishop

Amanda Seyfried in I’m.mortal
Edward Norton Confirms He Will Not Play Hulk in The Avengers
Advertisement