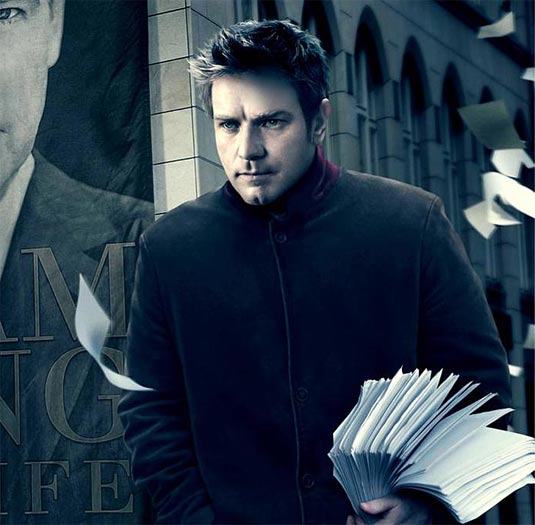 Summit Entertainment has unleashed a new poster for Roman Polanski-directed movie “The Ghost Writer“. A successful British ghostwriter The Ghost (Ewan McGregor) agrees to complete the memoirs of former British Prime Minister Adam Lang (Pierce Brosnan) and flies to an oceanfront house on an island off the U.S. Eastern seaboard to work on the project. As he begins to uncover a dark secret linking Lang to the CIA, The Ghost starts to question whether his predecessor on the project was murdered because of the appalling truth he uncovered. Check out the full poster after the jump. The screenplay was co-written by Polanski and novelist Robert Harris. The film also stars Kim Cattrall (Amelia), Olivia Williams (Ruth Lang), Timothy Hutton, Eli Wallach, James Belushi and Tom Wilkinson. “The Ghost Writer” will be released to theaters in in a limited theatrical run starting February 19, 2010.