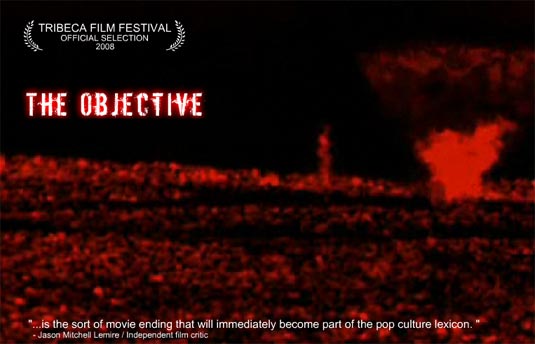 Thanks to UGO and Spike, we now have the final poster and trailers for the upcoming Daniel Myrick (The Blair Witch Projects) latest horror project, “The Objective.” Four months before the invasion of Afghanistan, six Special-Ops soldiers and one embedded reporter are faced with an enemy that none of them could ever have imagined. While on the mission they find themselves lost in a Middle Eastern ‘Bermuda Triangle’ of ancient evil. Without spoiling anything, here’s the gist: On the hunt for a contact who will direct him toward some “WMDs,” CIA agent Ben Keynes has returned to Afghanistain after a ten-year absence, and it’s there that he takes charge of a gung-ho, no-nonsense, bad-ass military unit. Keynes has a very shady assignment, but his new charges are on a need-to-know basis … and suffice it to say that the CIA guy’s secret assignment is, well, it’s pretty frickin’ weird… [Cinematical] The Objective fails to deliver on many levels, but the most obvious indication of failure is the film’s reliance on the Blair Witch formula. Send a group of hapless individuals into the great unknown, slowly building suspense by subjecting them to increasingly bizarre and unexplained incidents. Throw in some spooky, iconic imagery – those triangles are remarkably similar to the earlier film’s stick figures – and root the eventual explanation of it all in real-world myth. Only this time, the writing is more structured, the performances more directed, and the overall experience suffers as a result… [UGO] 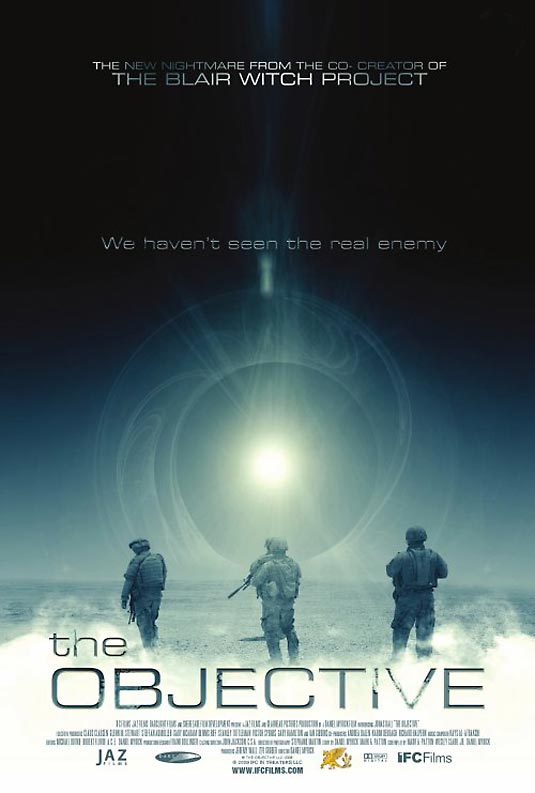 The film is directed by Daniel Myrick, starring Jon Huertas, Sam Hunter, Matthew Anderson, Jonas Ball, and P. David Miller. “The Objective” premiered at the 2008 Tribeca Film Festival to critical acclaim and will be released on February 4th through IFC In Theaters, the video on demand platform, and will also have exclusive theatrical midnight engagements at the IFC Center in NY on February 6th and 7th. “The Objective” trailers:
Continue Reading
Advertisement
You may also like...
Related Topics: