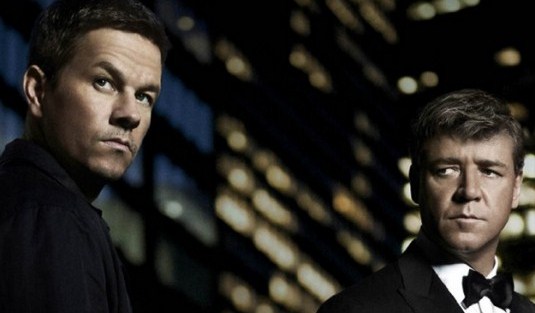 We finally have the first poster for the upcoming Broken City movie! Directed by Allen Hughes, this action drama stars Mark Wahlberg and Russell Crowe in the leading roles, and although this already looks like the same old cop-story, I think we should give these guys a chance. After all, they are fighting over Catherine Zeta-Jones in this one! Brian Tucker is responsible for the story which centers on a cop-turned-P.I., played by Wahlberg who is hired by the Mayor to find out if his wife is having an affair. When he confirms that she is, she soon turns up dead and the P.I. is drawn into a vast political conspiracy. Crowe stars as Mayor Nicholas Hostetler, while Zeta-Jones plays the bad wife. The rest of the cast also includes Barry Pepper, Kyle Chandler, Jeffrey Wright and Justin Chambers. As you already see, there’s nothing spectacular about this poster, except that little message: proof can be a powerful weapon. Whatever! Broken City is set to open on January 18th, 2013. Are you even interested?

Check Out The US Poster For HOLY MOTORS!
Great First Poster For GREAT EXPECTATIONS Is Here!
Advertisement