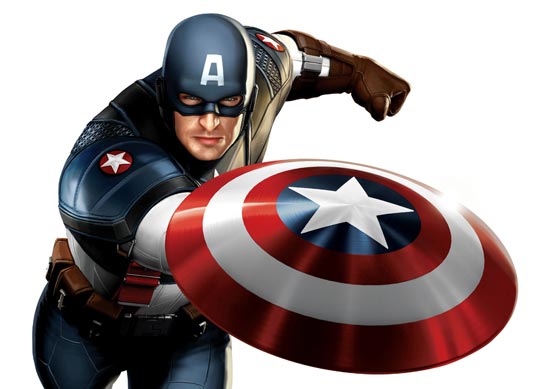 The first details of an approved costume test from Marvel’s Captain America: The First Avenger have emerged and Mike Sampson (JoBlo), who broke the original story, confirmed that these new images, “aren’t just fan mockups – these are the real deal.” In fact, the Captain will have two different outfits, director Joe Johnston had said earlier. The first is more flashy as the character begins as a troops entertainer with the USO; the second (the one we are seeing here) is more battle-ready and practical and the one worn for most of the film.