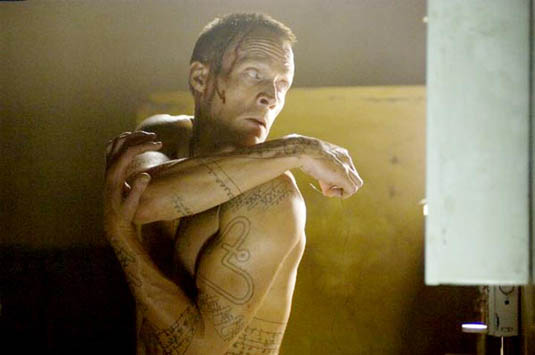 The first clip from the upcoming horror/action movie “Legion” written and directed by Scott Stewart has been unveiled. After a terrifying biblical apocalypse descends upon the world, the Archangel Michael is the only one standing between mankind and an apocalypse, after God loses faith in humanity. Michael, along with some humans in a diner in the middle of nowhere, has to protect the messiah growing inside one of the diner’s waitress. The movie stars Paul Bettany, Doug Jones, Tyrese Gibson, Adrianne Palicki, Dennis Quaid, Kevin Durand, Kate Walsh, Lucas Black and Willa Holland. “Legion” is scheduled to be released on January 22, 2010.
Continue Reading
Advertisement
You may also like...
Related Topics:Adrianne Palicki, Dennis Quaid, Doug Jones, Kevin Durand, Legion, Paul Bettany, Scott Stewart, Tyrese Gibson, Willa Holland