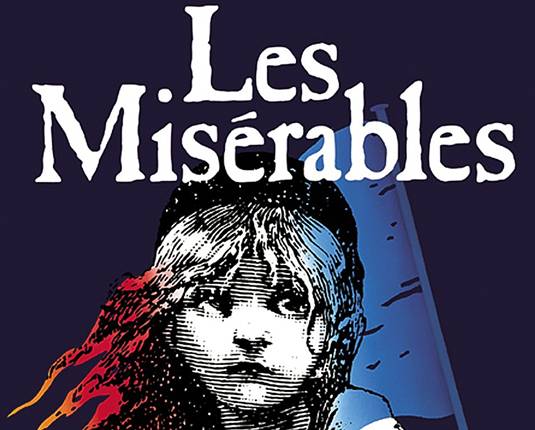 Here’s another set of photos of dying prostitute/factory worker Fantine in the movie adaptation of Les Miserables; in other words, 29-year-old actress, Anne Hathaway with dramatic new Pixie cut as she shot scenes on the balcony location alongside Hugh Jackman at the picturesque Greenwich Maritime College in London. Not to mention Anne and Hugh sing a duet in the open air. The Fantine character is a struggling factory worker who turns to prostitution in order to provide for her young child, while Hugh’s role of Jean Valjean is a poor man on the run from the police after he was released from prison after a 19 year stretch for stealing bread for his family and is being pursued by Russell Crowe‘s Inspector Javert. The Tom Hooper’s adaptation of Les Miserables also stars Irish tenor Colm Wilkinson, who appears as the Bishop of Digne and was the original Jean Valjean in the West End and Broadway musical productions. The big-screen version co-stars Helena Bonham Carter, Amanda Seyfried, Sacha Baron Cohen, Aaron Tveit, Samantha Barks, and is scheduled to be released on December 25th, 2012. Check Anne and Hugh out in the Les Miserables photos below after the official synopsis: 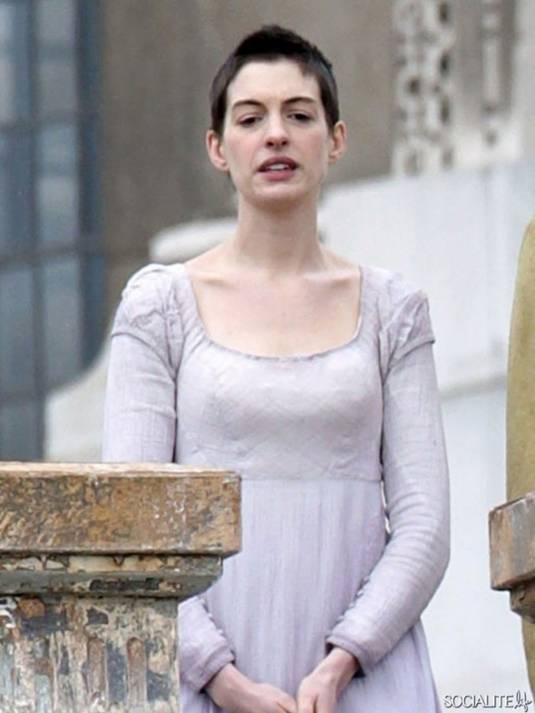 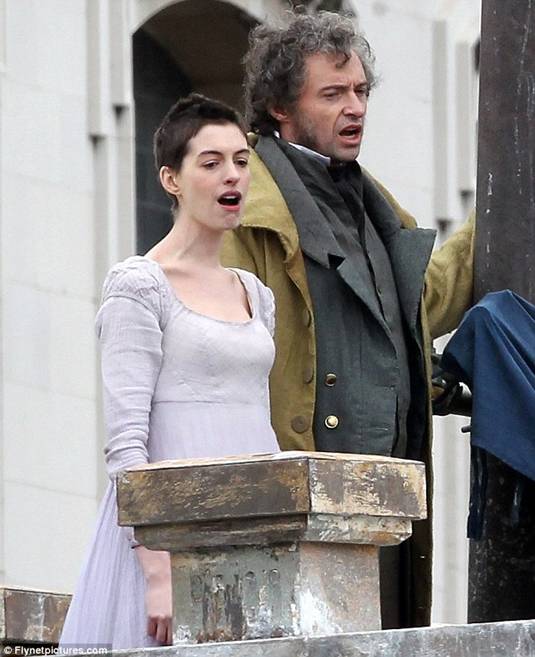 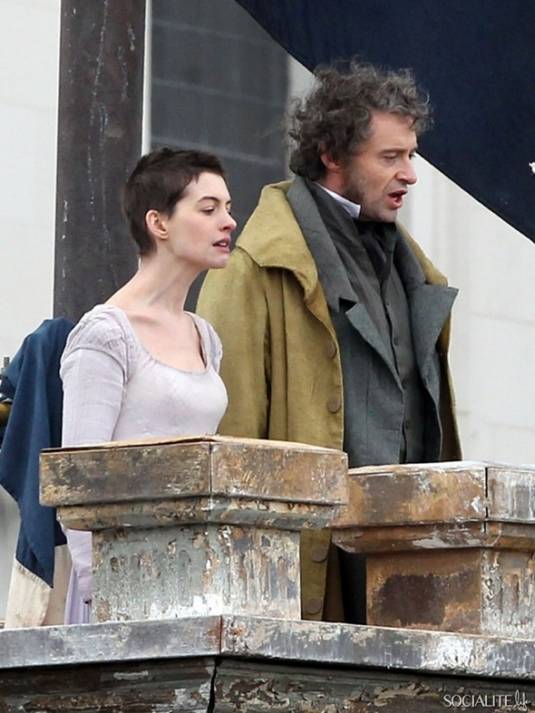 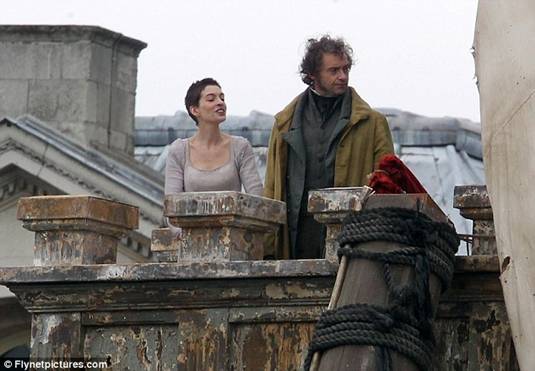 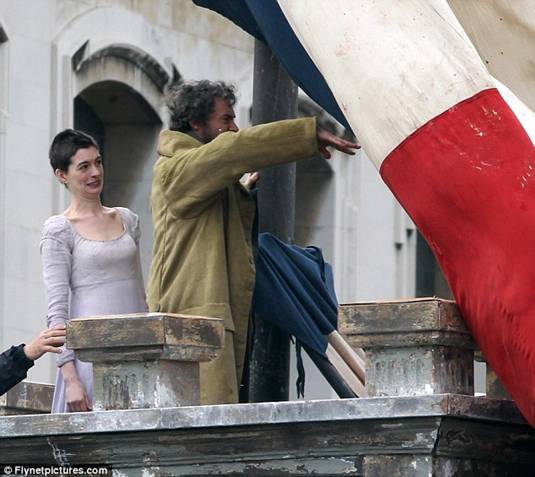 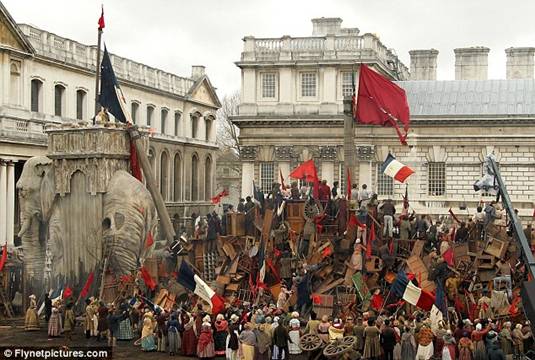