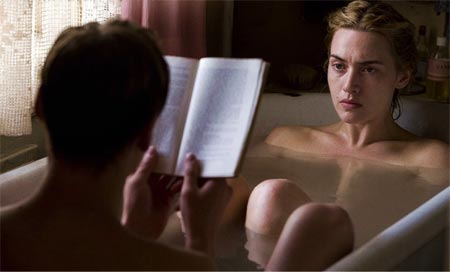 The first picture from the upcoming Stephen Daldry (Billy Elliot, The Hours) film, entitled “The Reader,” have been published on Awards Daily web site. A haunting love story based on the best-selling novel of the same name, “The Reader” is set in postwar Germany and tells the story of a man whose life has been shaped by an illicit affair with a passionate, elusive older woman during his youth. Bernhard Schlink’s “The Reader” has been translated into 39 languages and has garnered numerous awards. “The Reader” was the first German novel to reach number one on The New York Times Bestseller List. “The Reader stars Kate Winslet, Ralph Fiennes and opens limited December 12th, 2008.
Continue Reading
Advertisement
You may also like...
Related Topics:Kate Winslet, Ralph Fiennes, Stephen Daldry, The Reader