Connect with us
The first official still from ‘Tropic Thunder’ was released today, and it looks interesting. I mean… Robert Downey Jr.is in the middle (between Jack Black and Ben Stiller) as the black guy? Nice job with Downey. 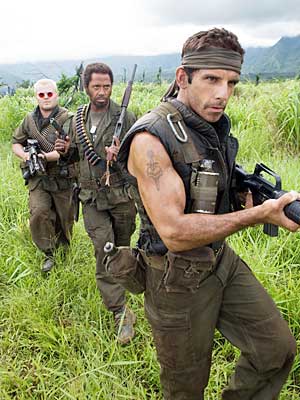 The plot follows a group of serious actors heading out to make a Vietnam movie when they’re somehow forced to become real soldiers. Downey’s character, by the way, is actually a white guy who is cast as a black guy in the movie but refuses to let them change the character around and demands to play the character black. 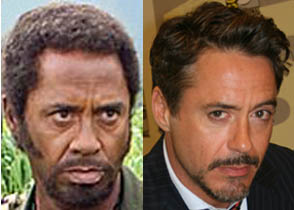