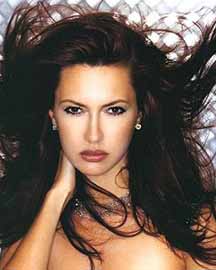 Gal Gadot (22) has been in talks with the film’s star and producer Vin Diesel to become the new cast member in the action film.

If she is indeed joining the cast, she will show off her acting skill alongside Vin Diesel, Paul Walker, John Ortiz and possibly Jordana Brewster.

The Universal Pictures’ movie directed by Justin Lin will be her debut in the big screen.

Gal Gadot has earlier been considered to be one of the Bond girl in “Quantum of Solace”.