We got a new batch of photos straight from The Amazing Spider-Man‘s filming in Chinatown, NYC featuring Andrew Garfield (Peter Parker) and Emma Stone (Gwen Stacy). They do look upset in all of these photos. The upcoming sequel to director Marc Webb‘s reboot of the comic book movie series is in progress and filming is actually around 5th Ave in Manhattan. Cast members also include Shailene Woodley, Sally Field, Felicity Jones, Shaileen Woodley, Dane DeHaan, and Martin Sheen; Jamie Fox (Max Dillon/Electro) and Paul Giamatti (The Rhino) will play villains; Chris Cooper is the third Oscar-winning actor cast in the film, following Field and Foxx who signed on recently to play Norman Osborn, but it not confirmed whether his character will turn into his villainous alter ego Green Goblin in the upcoming film or in a sequel. Penned by Alex Kurtzman, Roberto Orci, and Jeff Pinkner with a previous draft by James Vanderbilt, The Amazing Spider-Man 2 is scheduled for May 2nd, 2014 release. Hit the jump to check out the set photos. 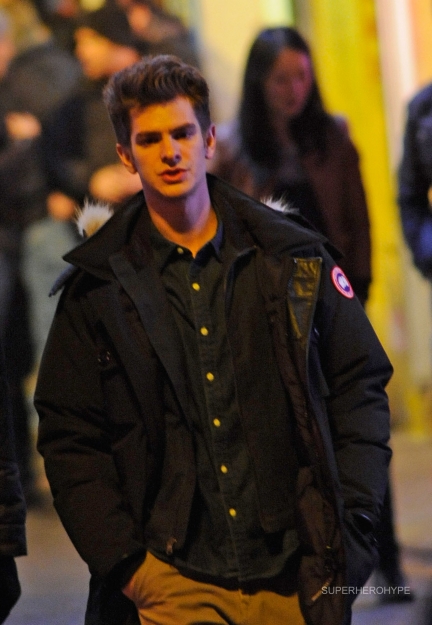 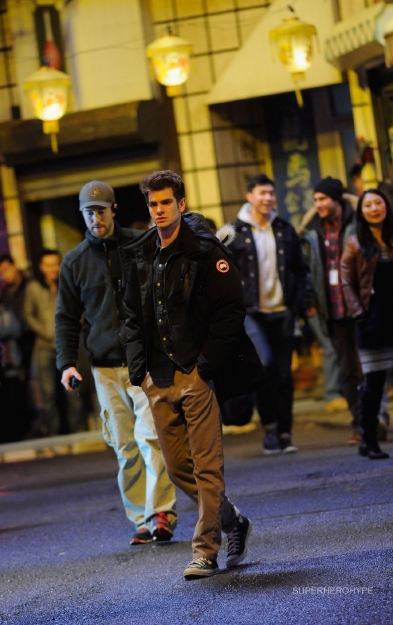 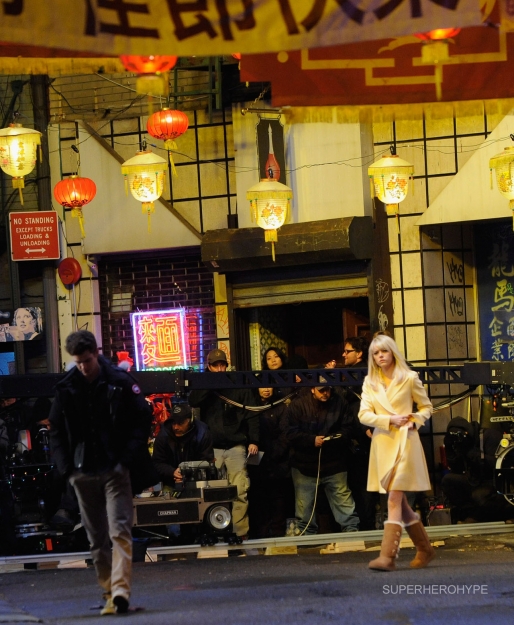 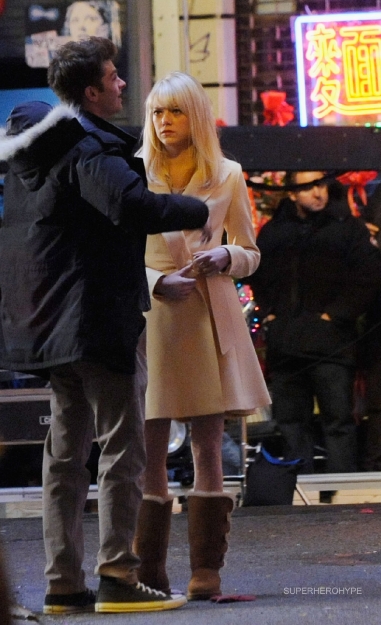 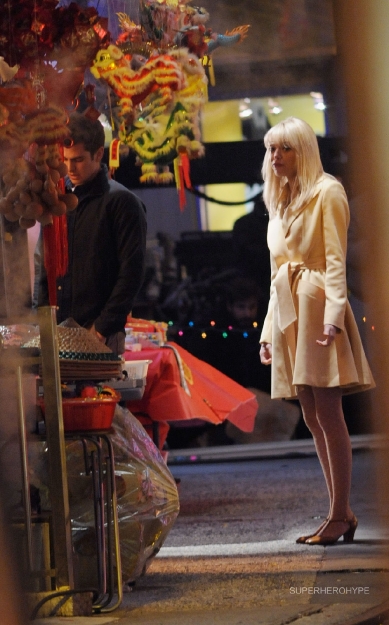 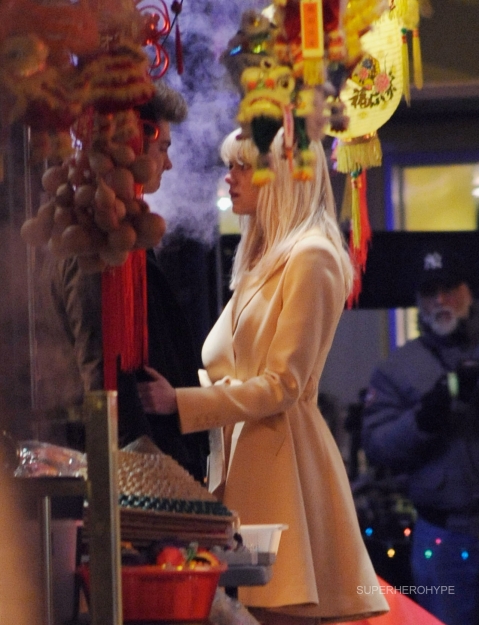 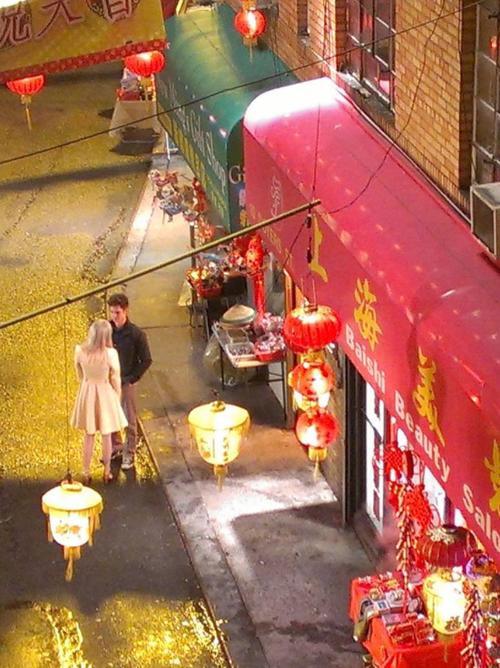