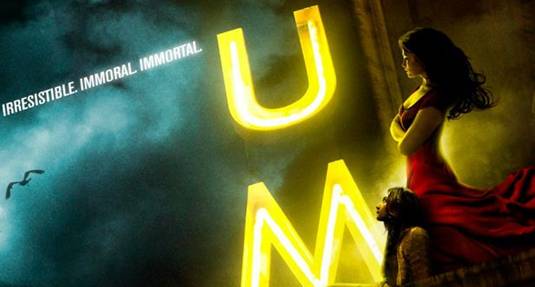 Eleanor and Clara, two mysterious and penniless young women, flee the scene of a violent crime and arrive in a run-down coastal resort. They try to find money and refuge along the tawdry seafront and in the dilapidated hotels. Clara, ever-practical, sells her body. She soon meets shy and lonely Noel, who provides a roof over their heads in his seedy guesthouse, Byzantium. Clara, always looking towards the future, turns it into a ‘pop-up’ brothel. Meanwhile Eleanor, the eternal schoolgirl, meets Frank, a kindred spirit who unwittingly prompts her to tell the truth about her life. She tells him that Clara is her mother; yet Clara is only a few years older. She says that she was born in 1804; yet she is just sixteen. She confesses that she must drink human blood to stay alive – and so must her mother. In the small, quiet town, people start to die. And the past that the girls have been running from for so long, finally catches up with them – with astonishing consequences.

And now, check out this very nice one-sheet. 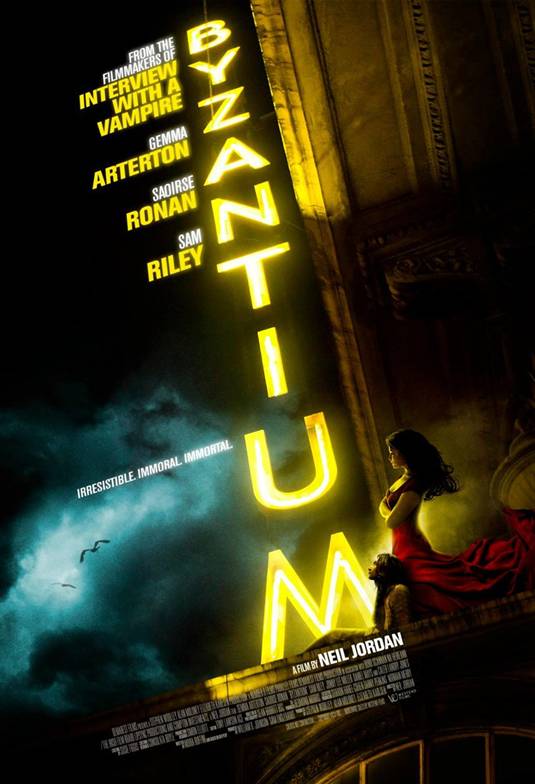