Take a look at the first poster for the upcoming psychological thriller “Stone.” The movie is directed by John Curran (“The Painted Veil”) from the script written by Angus MacLachlan (“Junebug”). “Stone” stars Robert De Niro, Milla Jovovich and Edward Norton. In this movie, Norton takes on the role of a ruthless convict who is desperately trying to gain parole. A convicted arsonist, he enlists the help of his beautiful wife, carried out by Jovovich, to manipulate his correction officer, portrayed by De Niro, and entrap the lawman in a series of deadly psychological games. “Stone” is scheduled to be released in US theaters sometime in 2010. Additionally, The British Academy of Film and Television Arts/Los Angeles will honor Robert De Niro with its Stanley Kubrick Britannia Award on November 5, 2009 at the Century Plaza Hotel. “Robert De Niro is truly a film icon, and his formidable ability to disappear into each and every character he plays makes him one of the most acclaimed actors in the world,” said BAFTA/LA chairman Peter Morris. Previous Britannia Award winners are Sean Penn, Denzel Washington, Clint Eastwood, Tom Cruise, Tom Hanks, Steven Spielberg, George Lucas, Anthony Hopkins, Helen Mirren, Elizabeth Taylor, Michael Caine and Martin Scorsese. 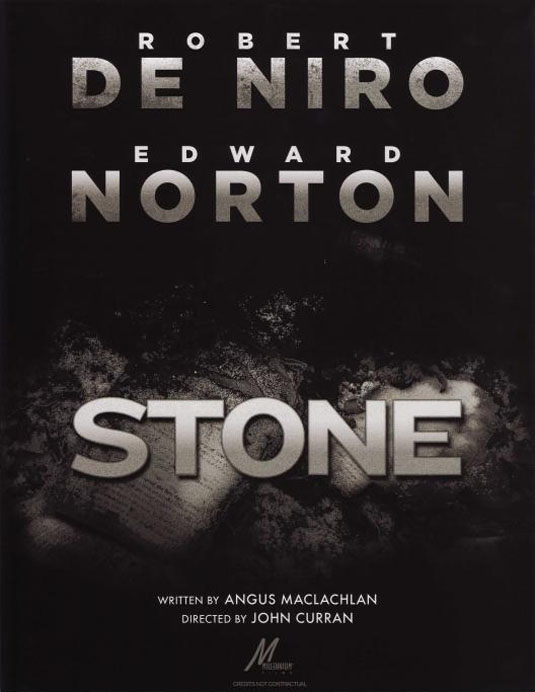