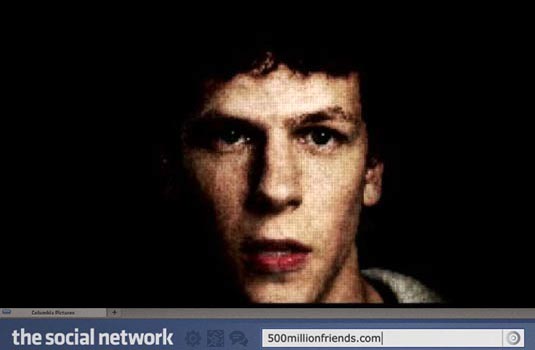 Columbia Pictures has revealed the teaser trailer The Social Network, director David Fincher’s drama about the creation of Facebook. And it really is a teaser. Though we don’t get to see any images from the film, we do get a bunch of dramatic line readings from Jesse Eisenberg, who plays Facebook CEO Mark Zuckerberg, as well as several qualifiers about his personality. The movie is based on Ben Mezrich‘s novel “The Accidental Billionaires: The Founding of Facebook, a Tale of Sex, Money, Genius and Betrayal”. It focuses on the drama behind the Harvard dorm room creation of popular social networking site Facebook by Mark Zuckerberg. Justin Timberlake joins the cast as Sean Parker, the Napster co-founder who became Facebook’s founding president. Andrew Garfield is additionally cast to portray co-founder Eduardo Saverin, who fell out with Zuckerberg over money. Also stars Rashida Jones, Joseph Mazzello, Brenda Song, Rooney Mara and Max Minghella. The Social Network comes to theaters October 1st, 2010.