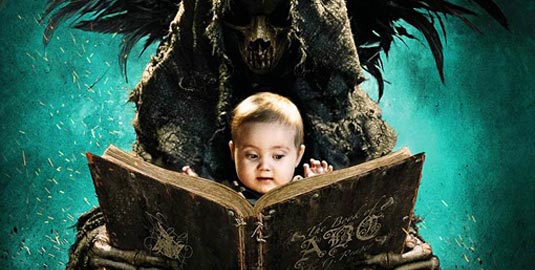 26 directors – 26 ways to die. We have the first official poster for The ABCs of Death, which is a new horror anthology with 26 demise-oriented chapters, each one overseen by a different director. This poster really looks cool, kind of spooky, but still – when you’re dealing with death, you don’t actually expect to see fields of white roses or… well, whatever. First of all, let me tell you that Kaare Andrews, a comic book artist-writer (Incredible Hulk) and filmmaker, designed the poster. Then, let me also remind you that The ABCs of Death is a feature film produced by Ant Timpson & Tim League. A project made up of 26 individual chapters by 26 directors that showcase death in all its wondrous and brutal beauty. Twenty-six tales of mortality, beginning with the letter A and ending with the letter Z – that should be great! So, yes, you can consider this project to be a celebration of death in all its forms. From the shocking and exotic through to the banal and droll. The spectrum of cause will run from the accidental through to murder most foul. It is up to each director to interpret the letter (word) they are assigned. The featured filmmakers include Ti West (The Innkeepers), Jason Eisener (Hobo with a Shotgun), Ben Wheatley (Kill List) and Nacho Vigalondo (Timecrimes), Srdjan Spasojevic (A Serbian Film), Mikael Wulff, Andrew Traucki, Ernesto Díaz Espinoza, Angela Bettis, and many others. Let us know what you think about this poster and stay tuned! 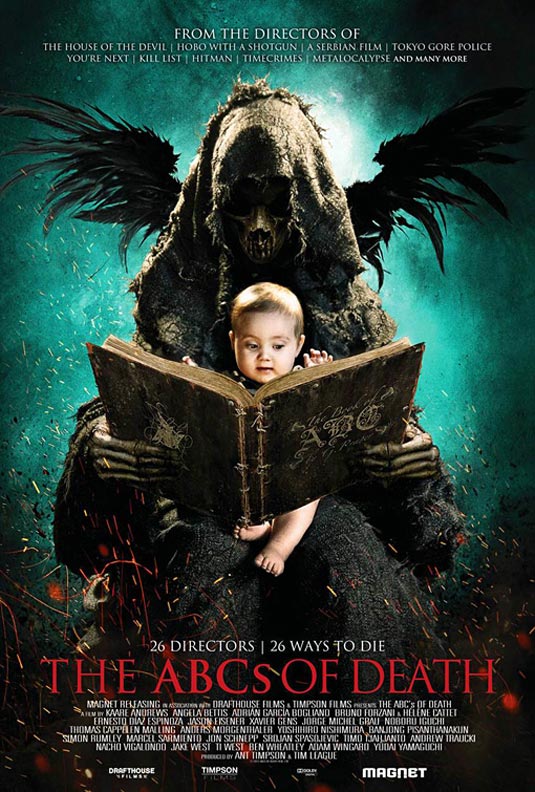