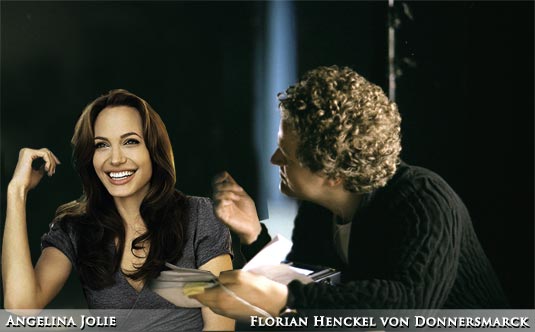 While it was rumored last week, IGN has now confirmed that Angelina Jolie will be replacing Charlize Theron and Variety now says that Florian Henckel von Donnersmarck is tipped to direct Spyglass thriller “The Tourist” which is set to start production in February 2010. “The Tourist” will be the first movie for von Donnersmarck since the German director’s 2006 breakout The Lives of Others, which won the Academy Award for foreign-language film. A remake of 2005 French thriller “Anthony Zimmer“, the story follows an American tourist (Sam Worthington) finds his life in danger when a female Interpol agent (Angelina Jolie) uses him as a dupe to flush out an elusive criminal with whom she once had an affair. Christopher McQuarrie (The Usual Suspects, Valkyrie, X-Men Origins: Wolverine 2) wrote the screenplay. “The Tourist” is scheduled for release in 2011.
Continue Reading
Advertisement
You may also like...
Related Topics:Angelina Jolie, Christopher McQuarrie, Florian Henckel von Donnersmarck, Sam Worthington, The Tourist