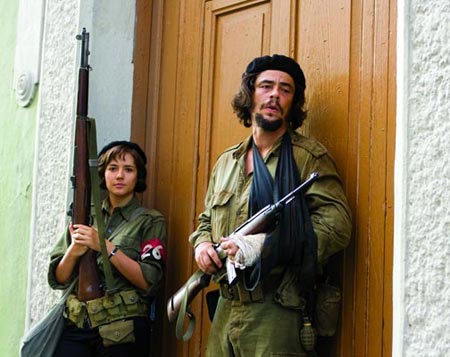 “The first film (The Argentine) will be released by Fox in September, and the second (Guerrilla) will follow after that, although the date is yet to be confirmed,”

There has been some consternation over releasing Che in Cannes as one four and a half hour film. But the producers have insisted that the film be split into two for its theatrical release in Spain. The Argentine will follow Che Guevarra, played by Benicio Del Toro, and his involvement in the Cuban revolution and the second will chart his exploits in Bolivia before his death.
Continue Reading
Advertisement
You may also like...
Related Topics:fox

Spider-Man 4 & 5 Back To Back?
Dylan McDermott and Scott Caan star in ‘Mercy’
Advertisement