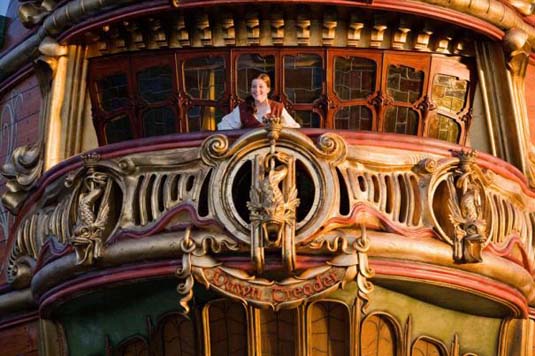 20th Century Fox will release both The Chronicles of Narnia: The Voyage of the Dawn Treader and Gulliver’s Travels in 3D this December. Get ready for the third installment of the The Chronicles of Narnia franchise that will be released on December 10, 2010 and then, on December 22 you’ll have a chance to see Gulliver’s Travels. Looks like we’ll have to make some kind of very long list for you in the future, since 3D news are coming about…well…every five seconds? If you think we’re exaggerating, check this out! First we have Megamind that opens in 3D on November 5th. Then Tangled in 3D on November 12th and Harry Potter and the Deathly Hallows – part I, on  November 19th. The year we’re talking about is 2010! And now this new 3D thing with The Chronicles of Narnia and Gulliver’s Travels? If you still want to know what this stories are about, let’s start. Narnia 3 follows Edmund and Lucy Pevensie, along with their pesky cousin Eustace Scrubb, but this time: “swallowed into a painting and on to a fantastic Narnian ship headed for the very edges of the world. Joining forces once again with their royal friend Prince Caspian and the warrior mouse Reepicheep, they are whisked away on a mysterious mission to the Lone Islands, and beyond. On this bewitching voyage that will test their hearts and spirits, the trio will face magical Dufflepuds, sinister slave traders, roaring dragons and enchanted merfolk. Only an entirely uncharted journey to Aslan’s Country, a voyage of destiny and transformation for each of those aboard the Dawn Treader – can save Narnia, and all the astonishing creatures in it, from an unfathomable fate. Narnia 3 is directed by Michael Apted from the script by Christopher Markus, Stephen McFeely, Richard LaGravenese, Michael Petroni which is based on the novel written by C.S. Lewis. The movie stars Ben Barnes, Georgie Henley, Skandar Keynes, Will Poulter, Gary Sweet, Bruce Spence, Arthur Angel, Shane Rangi and Liam Neeson. On the other hand, when it comes to Gulliver’s Travels we have Jack Black taking on the title role of Lemuel Gulliver. The movie is directed by Rob Letterman from a script written by Joe Stillman and Nicholas Stoller which is based on the well known book written by Jonathan Swift. Gulliver’s Travels also stars Emily Blunt, Jason Segel, T.J. Miller, Amanda Peet, Billy Connolly, James Corden, Chris O’Dowd, Romany Malco and Catherine Tate among others. Gulliver, a free-spirited travel writer who, on an assignment to the Bermuda Triangle, suddenly finds himself a giant among men when he washes ashore on the hidden island of Liliput, home to a population of industrious, yet tiny, people. Yeah, after hearing this, we realized it should definitely be in 3D!
Continue Reading
Advertisement
You may also like...
Related Topics:ben barnes, Gulliver's Travels, Harry Potter and the Deathly Hallows, Jack Black, Megamind, Tangled, The Chronicles of Narnia: Prince Caspian