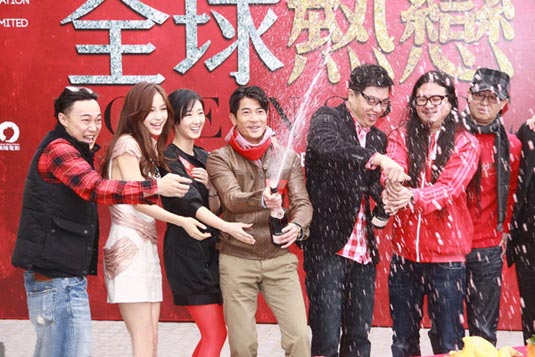 Sanford Panitch, President of Fox International Productions, announced yesterday that principal photography for rom-com Love in Space will start March 8.The pics will shoot on location in Beijing and Sydney.

At the beginning, everyone was making historical epics and action films, but female audiences support romantic comedies, which are less costly to make. This genre can become part of the mainstream films.”

‘Love In Space’ follows a mother and her three grown-up daughters as they juggle their love lives. Each woman is successful in everything except love until they encounter romance in Beijing, Sydney and… the moon.

Our concept is certainly something that has never been depicted in other romantic comedies before,”

Nonetheless, ‘Love in Space’ is about to be the perfect movie to take your date to.