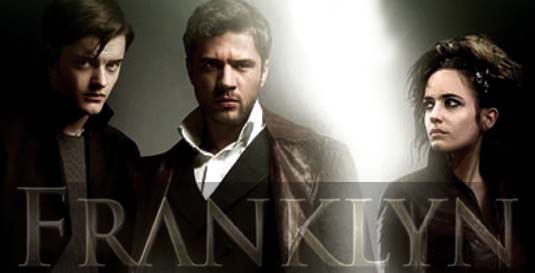 Earlier we posted great movie trailer for the dark fantasy film “Franklyn.” If you already didn’t, you can watch it HERE Today we’ve got posters for the movie which stars Eva Green, Bernard Hill, Sam Riley and Ryan Phillippe. “Franklyn, “the first feature film by writer/director Gerald McMorrow, had its premiere at the London Film Festival (16 October 2008) and it will hit theaters in the UK on February 20th 2009. At this point, the movie does not have a domestic release yet.