Connect with us
George Clooney, the director of… Wait, what? Oh, yes, he’s having that director-attack again, so we’re here to report that his upcoming project will be the adaptation of Broadway play Farragut North, which is set to star Philip Seymour Hoffman, Paul Giamatti and Chris Pine. 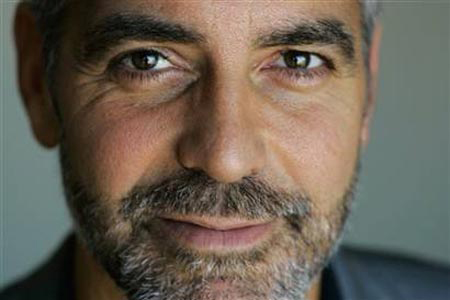 Now that looks good, and it’s not (such) a surprise, because, let us remind you that Clooney revealed his plans over three years ago. “Set against the backdrop of a close presidential race, Stephen is a young press secretary working for a fast-rising candidate. With confidence and power beyond his years, Stephen is convinced he and seasoned campaign manager, Paul, can steer this team into the west wing without breaking a sweat. But before the polls close at the primaries, Stephen’s perceived invincibility is shattered as he falls prey to backroom politics and the manipulations of veteran operatives… With quick-witted banter and an inside look into the world of politics, Farragut North is a timely tale of hubris, loyalty and the lust for power.” Philip Seymour Hoffman will play Paul Zara, Myers’ (role offered to Chris Pine) boss on the campaign trail and Paul Giamatti will play the rival campaign manager of the opposing candidate. Vulture is also reporting that offers have gone out to Evan Rachel Wood to play a teenage staffer who has a fling with Daley and Marisa Tomei to play a political journalist. Plans are to start shooting the movie in February, and Clooney will direct from a script by Beau Willimon, who adapted his own off-Broadway play for the silver screen. We’ll keep an eye on this one, stay tuned!
Continue Reading
Advertisement
You may also like...
Related Topics:Chris Pine, evan rachel wood, George Clooney, Marisa Tomei, Paul Giamatti, Philip Seymour Hoffman