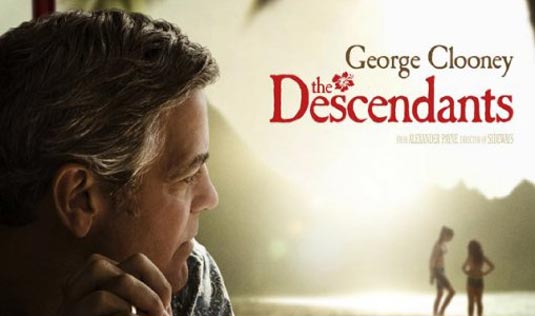 Today a new poster for the upcoming George Clooney‘s comedy-drama The Descendants has been released.

Matt King ( Clooney), an indifferent husband and father of two girls, is forced to re-examine his past and embrace his future when his wife suffers a boating accident off of Waikiki. The event leads to a rapprochement with his young daughters while Matt wrestles with a decision to sell the family’s land handed down from Hawaiian royalty and missionaries.

If you haven’t seen The Descendants clip, check it out now!