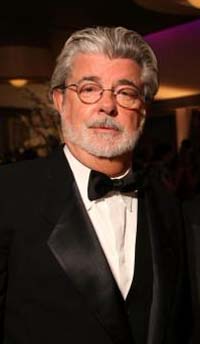 Fox News caught up with George Lucas at the Cannes Film Festival who revealed there’s more than a strong possibility there will be a fifth “Indiana Jones” movie. He says that he and director Steven Spielberg have left the door open for a sequel to Indiana Jones and the Kingdom of the Crystal Skull. “I haven’t even told Steven or Harrison this,” he told. “But I have an idea to make Shia LaBeouf the lead character next time and have Harrison Ford come back like Sean Connery did in the last movie. I can see it working out. “And it’s not like Harrison is even old. I mean, he’s 65 and he did everything in this movie. The old chemistry is there, and it’s not like he’s an old man. He’s incredibly agile; he looks even better than he did 20 years ago, if you ask me.” Lucas says he’s not concerned about early mixed buzz on “Crystal Skull.” “This movie is the exact same experience as the other three were. The difference is, the novelty of discovery is gone. I get worried when I hear fans say they’re expecting something different that will change their lives. This is ‘Indiana Jones’ just as you remember him.” “But these movies, the ‘Indiana Jones’ ones, were never big hits right away. They were always slow starters that built up to big numbers,” Lucas said.
Continue Reading
Advertisement
You may also like...
Related Topics:George Lucas, Harrison Ford, Indiana Jones 5, Indiana Jones and the Kingdom of the Crystal Skull, Shia LaBeouf, Steven Spielberg