Here’s another Safe House poster folks! We already learned that nobody’s safe in this movie but now is the time to learn that in German! Hey, at least we know that Denzel Washington and Ryan Reynolds are on board for the whole thing, so we’ll forgive them the safety issue! Daniel Espinosa‘s movie follows Washington as the most dangerous renegade from the CIA, who comes back onto the grid after a decade on the run. When the South African safe house he’s remanded to is attacked by mercenaries, a rookie operative, played by Ryan Reynolds escapes with him. Now, the unlikely allies must stay alive long enough to uncover who wants them dead. Beside Washington and Reynolds, Safe House also stars Brendan Gleeson, Sam Shepard, Vera Farmiga, Fares Fares, Robert Patrick, Nora Arnezeder, Liam Cunningham, Joel Kinnaman and Ruben Blades. Movie opens on February 10th, 2012! 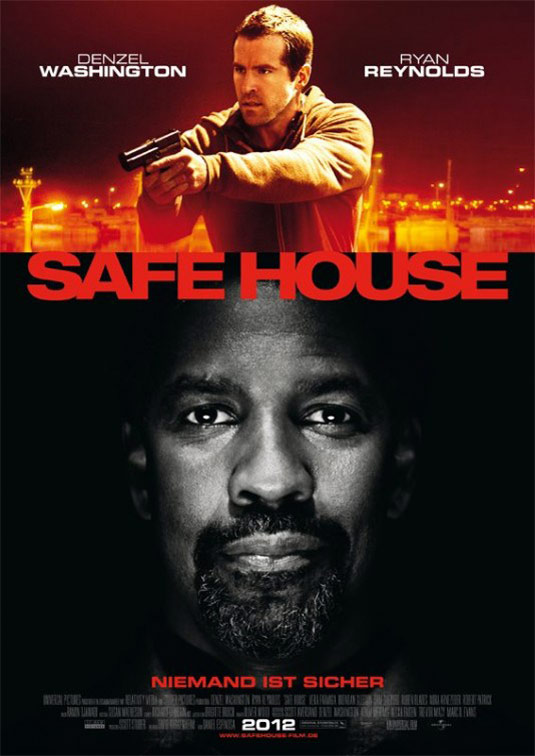