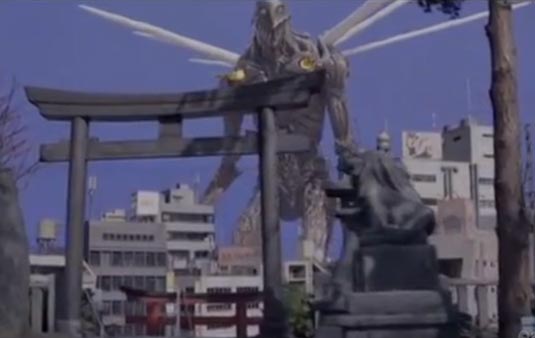 An extended trailer has arrived for famed animation house Studio Ghibli‘s first foray into live action and I can honestly that the results are every bit as impressive as their work in animation. Hit the jump to see for yourself: Created for a gallery exhibition (which we reported about a while ago) with Neon Genesis Evangelion director Hideaki Anno, Giant God Warrior Appears In Tokyo is a live action short film based on creatures from Hayao Miyazaki‘s trademark Nausicaa Of The Valley Of The Wind – a film on which Anno did key animation. Created entirely without CGI, this is old school Japanese sci-fi executed through the extensive use of miniatures. And it looks absolutely awesome! Umm…. Could you do that in a full-length feature? Pretty please, with cherry on top?
Continue Reading
Advertisement
You may also like...
Related Topics:Hayao Miyazaki, Hideaki Anno, Neon Genesis Evangelion, Studio Ghibli