The entertainment news website Deadline reported on Wednesday that acclaimed and geek-approved director Guillermo del Toro (Pan’s Labyrinth, Hellboy) is, along the work on Pacific Rim and Justice League Dark, also developing Naoki Urasawa‘s suspense manga Monster into a possible television series for HBO. Del Toro and Steven Thompson (Dr. Who, Sherlock) will write the pilot that will be directed by del Toro. This is the story, according to Deadline:

The thriller is about the worldwide search by a young doctor for the most evil sociopath that has ever lived. He is a 12-year old boy, and the doctor’s decision to save his life has unwittingly unleashed a Pandora’s Box that leaves the doc battling to stop a plot of mass genocide.

Why would anyone want to save a life of an evil sociopat is beyond me, but the story still caught my attention, in addition to being attached to del Toro. 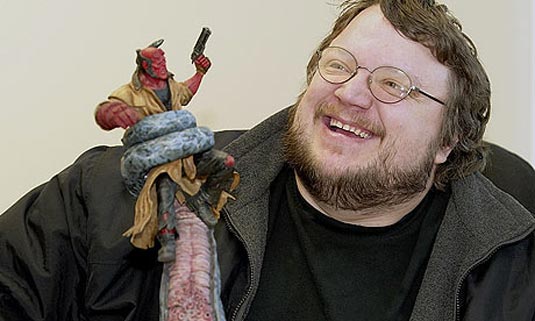 New Line Cinema acquired the feature film rights to the manga in 2005, and even assigned a writer, Josh Olson (Batman: Gotham Knight), to pen two possible films. However, the project grew too big for a feature or two. Del Toro then convinced Urasawa to allow him to tackle the project. Del Toro, Murphy, and Montford previously attempted to turn the H.P. Lovecraft novel At The Mountains Of Madness into a feature film with Tom Cruise, but the project stalled over whether it will have an R rating, about which I ranted earlier. If the series gets green-lighted, del Toro and Thompson will stay on the series as producers. Has anyone seen the manga or watched the anime? What do you think?