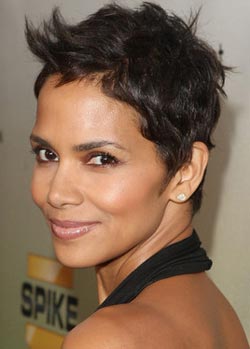 Halle Berry is in negotiations to star in the thriller “The Surrogate” for 20th Century Fox – don’t be confused with Bruce Willis‘ “The Surrogates.” Roderick and Bruce Taylor, who previously wrote Jodie Foster thriller “The Brave One,” have adapted the script from Kathryn Mackel’s book. Director Paul Verhoeven is onboard to develop the project, which follows a couple as they hire a surrogate to carry their child. But all is not as it seems with the apparently perfect surrogate. In the book, dark secrets in her past come back to haunt them all (in a supernatural sense). The surrogate – the baby carrier is insane… “The Surrogate” would mark Berry’s return to the big screen after having a baby last year. She hasn’t been in anything since 2007 when she starred in “Perfect Stranger” opposite Bruce Willis and “Things We Lost in the Fire.” Berry would probably play the wife/mother but it would be interesting to see her as villainess – insane surrogate.
Continue Reading
Advertisement
You may also like...
Related Topics:Halle Berry, Paul Verhoeven