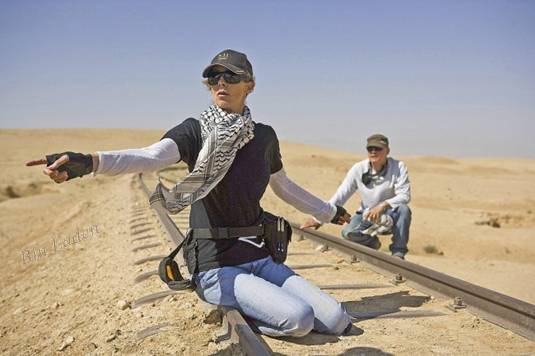 A former Playboy journalist is probably on the right track again!

A former painter, who was familiar with his work before his outstanding experiences as a freelance journalist — embedded in American bomb squad during the two weeks of the war in Iraq, having turned one of his Playboy articles into the short-lived TV shows The Inside in 2002.

Well, these two rejoin forces to make the film that won seven Academy Awards, which opens with a quotation from War Is a Force That Gives Us Meaning, book by another war journalist:

The rush of battle is a potent and often lethal addiction, for war is a drug.”

The moviemakers behind The Hurt Locker drama that dares tackle the war on terror, director Kathryn Bigelow and writer Mark Boal, are now advancing with an action thriller about the hunt for Osama bin Laden.

The Hurt Locker author is still passionate about the script development, and will certainly add in a nearly 40-minute firefight at the compound in Abbottabad, Pakistan where bin Laden was tracked down and shot to death late Sunday by a team of Navy SEALs.

Boal had gone on a mission trip for quite some time, thanks to his access to military intelligence and his background as an investigative reporter. For him, the timing of assassination of bin Laden could hardly have been better.

Boal was arranging a trip to Afghanistan next week, but due to recent sensational event was forced to cancel his visit. Bigelow and Boal will now have to wait how the Arab world would react to the news on bin Laden’s death to start production, though they still are aiming for a summer 2011 shoot.

Back in December, Variety first reported that the bin Laden film was the Boal/Bigelow pair’s follow-up to their Oscar-winning feature and in report for January they revealed as well that Megan Ellison’s Annapurna has given the green light to a financing plan.

Casting is currently under way, but offers are awaiting the final draft of a screenplay.

Stay tuned and check out the camera angles in this type of scene below: