Take a look at a these two international posters (German and Spanish) for the upcoming horror movie “Carriers.” The movie both is directed and written by Àlex and David Pastor. A deadly virus has spread across the globe. Contagion is everywhere, no one is safe and no one can be trusted. Four friends fleeing a viral pandemic on their way to a secluded beach in Mexico soon learn they are more dangerous than any virus. The movie starring Chris Pine, Piper Perabo, Lou Taylor Pucci, Dylan Kenin, Dale Malley, Kiernan Shipka and Emily VanCamp among others will be released in limited theaters starting on September 4th 2009. 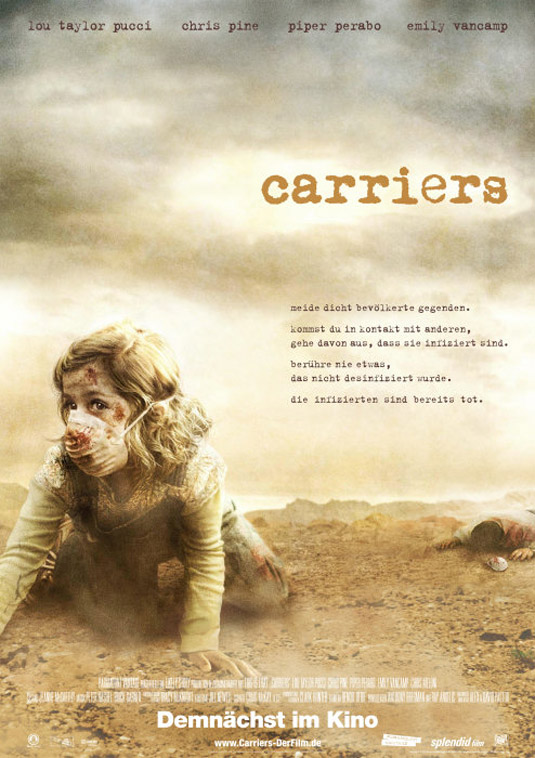 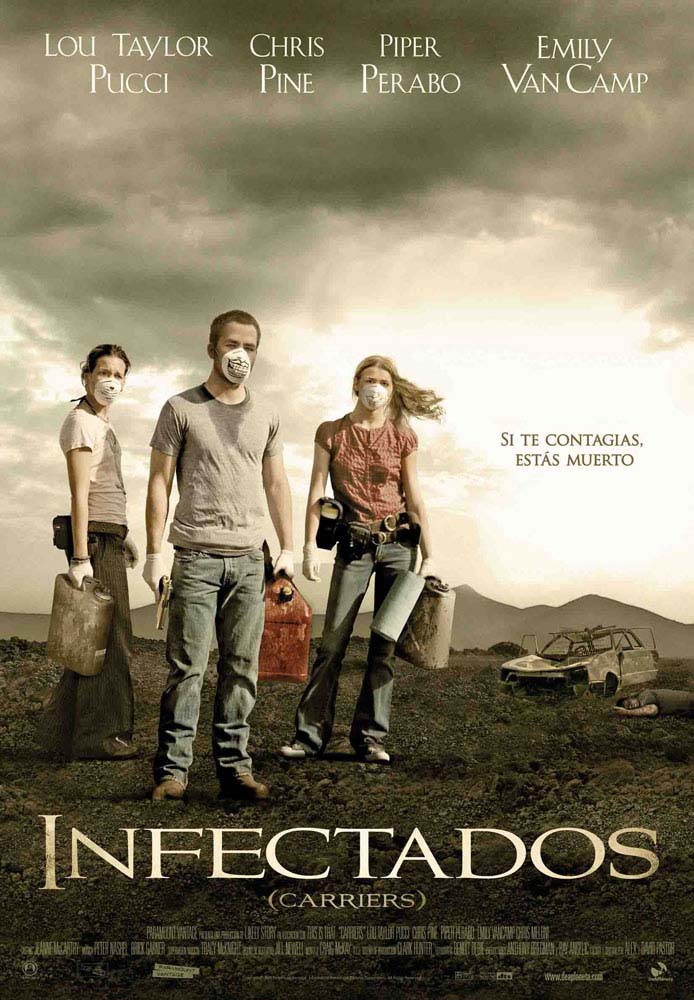