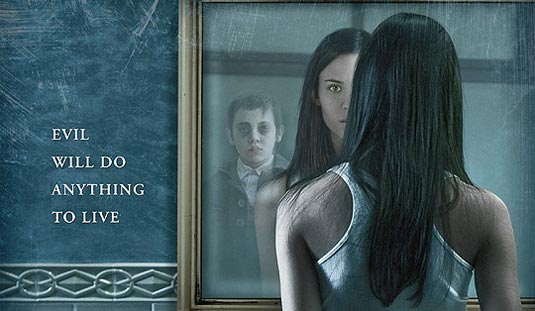 Empire magazine has debuted the new international poster for writer/director David S. Goyer‘s upcoming horror film “The Unborn“. The poster featuring a shot of Odette Yustman‘s behind. “The Unborn” also stars Gary Oldman, Cam Gigandet, Meagan Good, Carla Gugino, Jane Alexander, Idris Elba, Rhys Coiro and James Remar. Casey Bell (Yustman) hated her mother for leaving her as a child. But when inexplicable things start to happen, Casey begins to understand why she left. Plagued by merciless dreams and a tortured ghost that haunts her waking hours, she must turn to the only spiritual advisor, Sendak (Oldman), who can make it stop. With Sendak’s help, Casey uncovers the source of a family curse dating back to Nazi Germany-a creature with the ability to inhabit anyone or anything that is getting stronger with each possession. With the curse unleashed, her only chance at survival is to shut a doorway from beyond our world that has been pried open by someone who was never born. The film is scheduled to hit theaters on January 9th, 2009. For “The Unborn” posters, trailers and more movie info, go to “The Unborn” movie page. 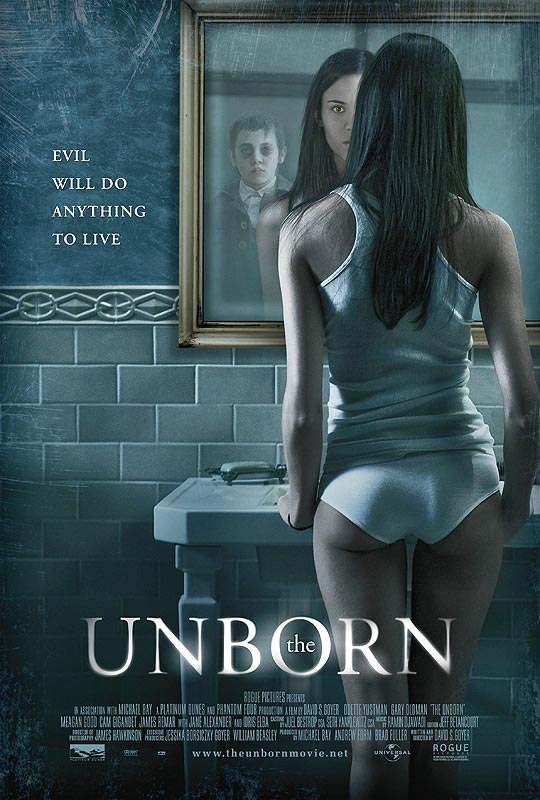