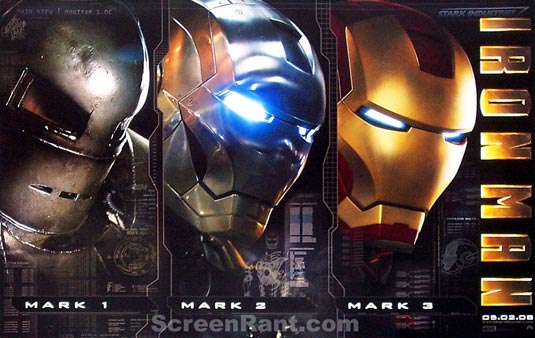 Yeah, you’ve read well – in this case, ‘Firepower’ is actually the villain that Ashley Hamilton (Sunset Beach) is in talks to play. In the Marvel universe, Hamilton’s character was the pilot of a power suit prototype built by the government (likely, S.H.I.E.L.D.) under the codename ‘Project: Firepower’. And we all know that, once you’ve ‘donned’ a suit of battle armor, it doesn’t take too long before you challenge the Man himself (Robert Downey Jr.). Also, it looks like Jon Favreau will be returning both in a producer capacity and on-screen. Hit the jump for more. According to Variety, Hamilton is in talks to star as ‘Firepower’, another bad-ass villain daring to try and take down Iron Man. The plot of Iron Man 3 borrows from Warren Ellis’ “Iron Man: Extremis” arc in the comics, which involves the spread of a virus through nanotechnology. The picture also flaunts Rebecca Hall in a role opposite Downey Jr. as a sexy scientist; James Badge Dale as another potential villain, Eric Savin as Coldblood and, of course, Sir Ben Kingsley in a villainous role that hasn’t been confirmed as of yet (sigh… I wish it was Mandarin). However, Favreau’s return to the set was confirmed by the actor/director himself, as he tweeted the image of his “Happy Hogan” chair from set. Directed by Shane Black, Iron Man 3 also stars Gwyneth Paltrow, Don Cheadle and Guy Pearce and is set to premiere on May 3rd, 2013.
Continue Reading
Advertisement
You may also like...
Related Topics:Ashley Hamilton, Ben Kingsley, Don Cheadle, Guy Pearce, Gwyneth Paltrow, Iron Man 3, James Badge Dale, Jon Favreau, Rebecca Hall, Robert Downey Jr., Shane Black, Warren Ellis